7 Tips for Shooting the Eclipse on Monday KelbyOne Members in the U.S.A have probably heard by now that they’ll be a total solar eclipse transversing the entire country Monday.  So, if you’re going out to shoot it, I wanted to share an article over at ScottKelby.com where we cover 7 tips for Shooting the Eclipse.

Also, we’ll be running a Photo Contest starting Monday just for member running throughout the week to post their most creative shot of the Eclipse. The winner will be chosen by the community and receive a ThinkTank SpeadFreak v2.0 Bag. If you’re shooting it, I hope you enter the contest starting Monday. Can’t wait to see what shots the KelbyOne Community gets from this rare event.

If you’re in other parts of the world, NASA has you covered with a bunch of live streams all day long starting at 12 pm EDT (or night matter on where you are… ) Plus, they have a Flickr gallery set up just for all the Eclipse photos you might want to check out. 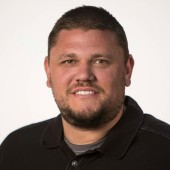 Behind-The-Scenes Portrait Shoot – On The Cheap This Time Next Week We’ll Be at Photoshop World 2017!