New Class Alert! How to Bring your Still Images to Life Using Plotaverse With Trey Ratcliff Have you ever wanted to bring your still images to life to really capture the passion behind them? A new type of image has been developed that lands somewhere between a still photograph and a movie. These new animated images, created with Plotaverse (formly known as Plotagraph), are complex and mesmerizing with their subtle movement. Join Trey Ratcliff as he teaches you the ins and outs of the software and shares amazing examples of his own that range from basic animation to extreme.

Here’s what Trey covers in the class:

Be inspired by the endless possibilities of what can be brought to life with Plotaverse. At the end of this course you’ll be able to jump right in and create your own dynamic images. Watch Trey Ratcliff’s How to Bring Your Still Images to Life Using Plotaverse today! Each day, Trey posts a new photo to his website, StuckInCustoms.com, which receives over half a million monthly page views and he currently has over 12 million social media followers via Google+, Pinterest, Facebook and Twitter. His photos and stories capture the beauty of exotic travel destinations and the humor of bizarre situations he often finds himself in. There is always something new, unexpected and beautiful to see. Trey is best known as a pioneer in HDR photography. HDR stands for High Dynamic Range, a technique whereby multiple levels of light are captured for a particular scene and then combined into a single photograph. The resulting images are richly detailed and more closely resemble what you recall of the scene in your mind. Trey’s photo, “Fourth on Lake Austin”, was the first HDR photograph to hang in the Smithsonian. He has been featured on ABC, NBC, CBS, FOX and the BBC, and his photos have accumulated more than 100 million views. Trey has taught many thousands of people the secrets to his techniques via his free HDR tutorial and a more detailed video tutorial, both are available on his website. Trey is also a successful entrepreneur. His endeavors include popular iOS and Android apps such as 100CamerasIn1, Stuck On Earth, The Light Camera, Photo Voyages of Trey Ratcliff. In addition he launched Flatbooks.com, which is a rapidly growing eBook publisher. 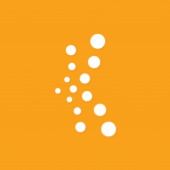